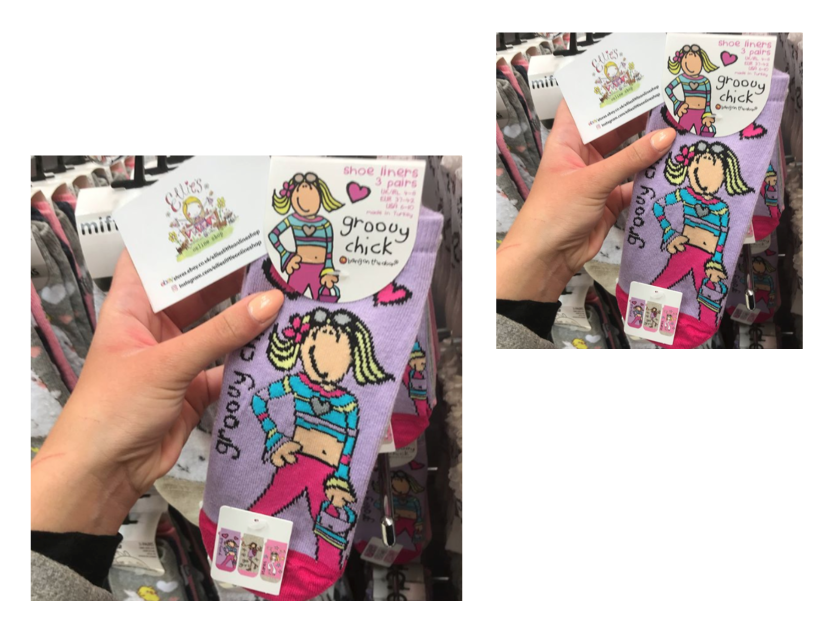 Primark has been known in recent years for providing us with great merch based on our fave fandoms including Harry Potter, Friends, and Disney, but it’s their latest release that’s really got us excited!

If you’re a nineties kid, or the mother of one, you’ll probably be very familiar with a certain cartoon girl called Groovy Chick.

The obsession was real with girls collecting everything from dolls and posters, to inflatable arm chairs and towels, and we definitely all knew that one girl who had her entire bedroom plastered ceiling to floor with the character.

Thanks to our favourite bargain fashion shop Primark, we’ve been given the throwback we’ve all been waiting for.

Primark customers spotted the nineties themed socks and posted them to Instagram where fans went mad for them.

There are three pairs of socks in a pack which feature Groovy Chick along with the other Bang On The Door friends Go Girl and Starlet (our fave), and what’s even better is that they cost a super affordable £2.50.

The socks have been flying off the shelves with seemingly everyone wanting to get their hands on the retro favourite.

So if you’re wanting a pair and can’t get your hands on them in-store, you might be able to find them on Ebay as people are re-selling them on there too!

They do seem to be the only Bang On The Door products being sold by the store right now, but with such a great reaction, we’re hoping they’re going to release a full homewear and fashion range so we can live our best nineties lives again!

It’s also the perfect opportunity to introduce your kids to Groovy Chick and make them just as obsessed as you were (or still are)!