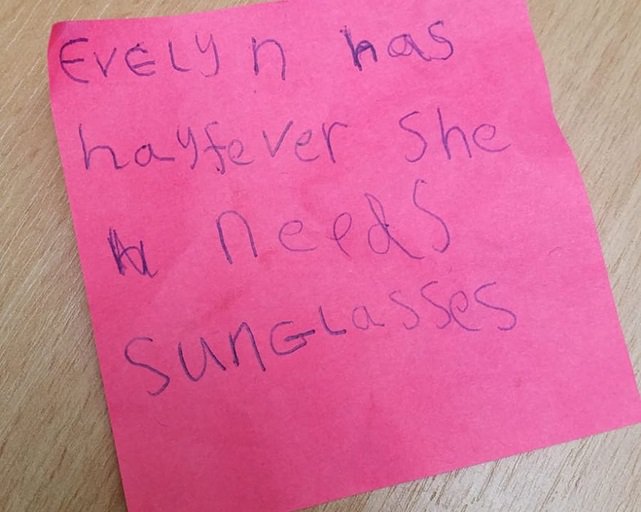 We all know a little diva, and this five-year-old is so funny!

Because hay fever is totally a valid excuse for wearing sunglasses in school – kids are too funny sometimes.

Jon Hillcock’s five-year-old daughter tried to pass off her hand-written note as being from her mum.

Little Evelyn loves her sunglasses so much, she even wanted to wear them to class.

But, due to sunglasses not being part of the school uniform, she had to get creative.

It appears my daughter Evie (5) handed this to her teacher today and said “this is a note from my mum.”
She does not have hayfever. pic.twitter.com/VrMXyK04Mq

Evie wrote a note on some pink paper, then handed it to her teacher and claimed it was for her mum.

We’ve got to give it to her, hay fever is a great excuse to be able to channel your inner Mariah Carey when you’re sat in school.