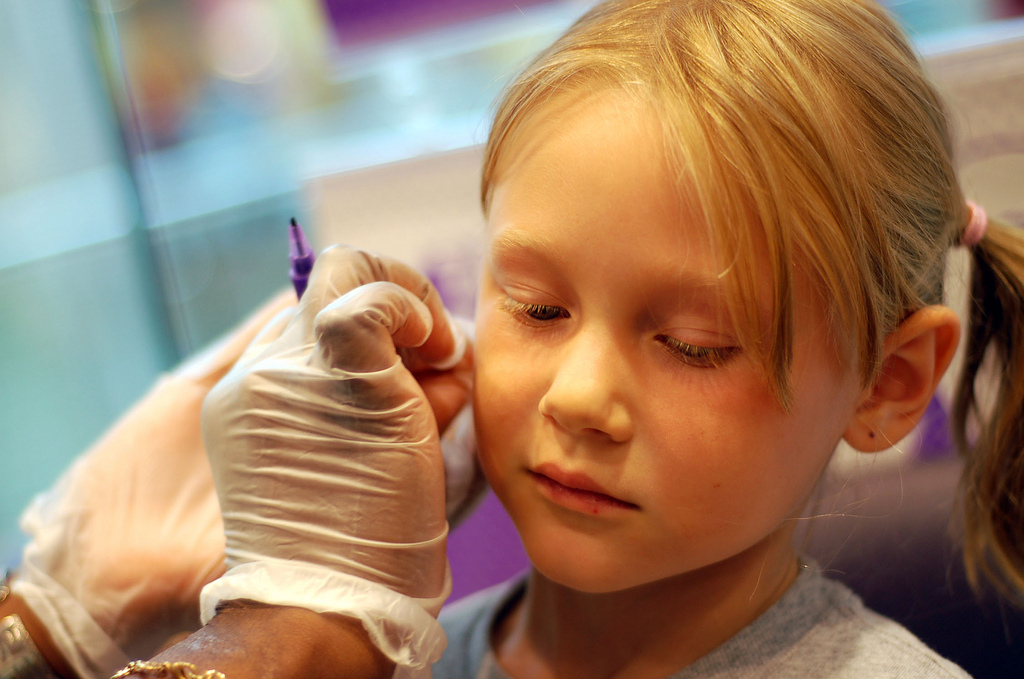 How young is too young?

Opinions on this topic vary widely. Some parents like to get their infant’s ears pierced, or even to pierce their child’s ears when they’re still a baby. Other families don’t allow children to get any piercings until they’re out of school, or 16 or 18. Read on to find out what our reader’s opinions are on this hot topic.

Sarah Louise had her baby’s ears pierced. She said: “My daughter was 8 or 9 months. She didn’t touch them, they didn’t cause pain after, they healed nicely and now she’s 10 she is glad she had them done so young. I don’t think there is anything wrong with getting them done so early if that is what you choose to do, nobody should be judged on this decision”.

Lisa Harwood said she let her daughter make her own decision on the matter: “When they’re old enough to decide for themselves. My 8 year old just had them done and she wears the clear sport earrings for school”.

Caroline Brown made her daughter wait, just like Caroline’s dad made her wait. She said: “My dad made me wait until I was working and earning my own money, so that was 18. I made my daughter wait until she was 16 and had left school”.

Nicola Davey let her daughter get hers pierced when she was 11. Nicola said: “My daughter was 11, they should be old enough to understand and capable of looking after them themselves with supervision so they understand the responsibility.”

Jenni-Leigh Weir said: “Definitely when they are old enough to ask!”.

Charis Catlow said: “My daughter has just turned 10 and been asking for a few years but been putting them off. I feel this year she may be ready to be able to clean them and remove them and put them in herself. ”

Stephanie Hepple’s daughter wanted her ears pieced when she was young. Stephanie said “I waited until my daughter asked, she was 6!”.

Ellen Akid said: “My daughter is nearly 6. She’s not asked about it even though I’ve got ear piercings. When she shows real interest in wanting them done if she does I’ll get them done personally think it’s the child’s choice but each to their own