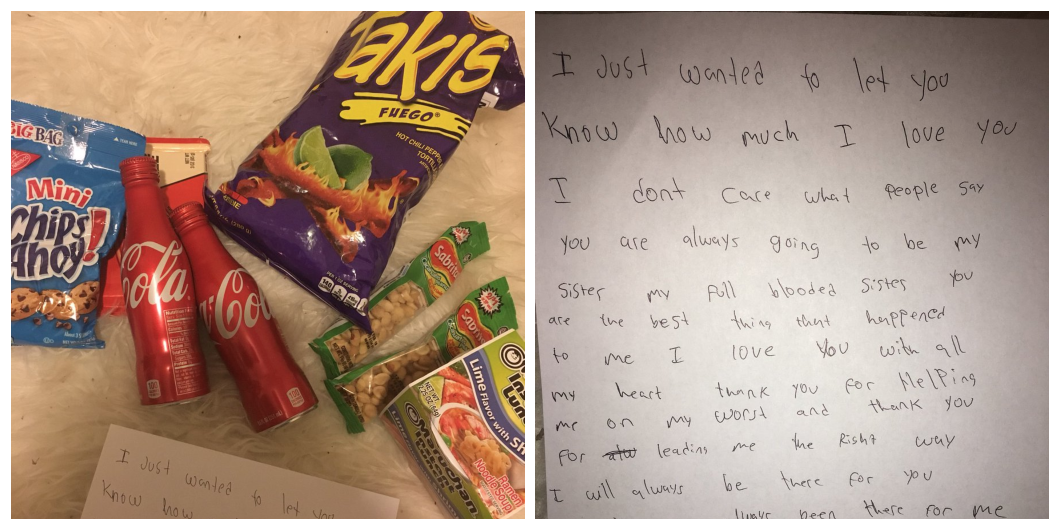 No family is the same, every one has its quirks, and it takes so much more than just DNA to make one up as one young boy proved this week.

A girl’s tweet has gone viral after her younger brother was shocked to find out that she isn’t in fact his full sibling, and he reacted in a way that’s making Tweeters everywhere emotional.

His older sister Pam took to Twitter to show the community his heartfelt message saying, “My little brother found out I’m not his fully sister and I came home to this…I’m crying..”

The boy had left his sister a package of snacks and a letter which read “I just wanted to let you know how much I love you. I don’t care what people say, you’re always going to be my sister, my full blooded sister.”

“You are the best thing that happened to me, I love you with all my heart. Thank you for helping me on my worst and thank you for leading me on the right way.”

“I will always be there for you like you’ve been there for me. I love you. ”

“With love, your annoying brother.”

Ok, we’re not crying, you are. 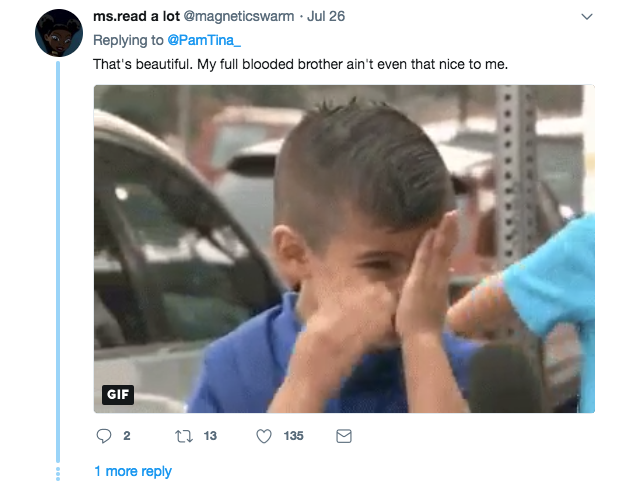 Pam told Metro that he was supposed to find out when she was 18 and ready to move out, but a family member accidentally revealed it to him instead, so their mother had to explain it to him.

Pam continued, “I had no idea this happened, but once I got home, I found the snacks and the letter. He knew I wasn’t ready to talk about it, so he wrote it instead. Instead of breaking us apart, it got us even closer.”

“He even told me he feels bad for joking around that I was the adopted one in the family because I was different than everyone else. But despite all of that, I believe blood does not define family. And I have never seen him any different.”